Sharing skills, projects, challenges, and triumphs is an essential part of Guild life. In fact, Show & Tell is a regular feature of our monthly meetings. Here’s a sampling. Click an image to enlarge it and read the caption. 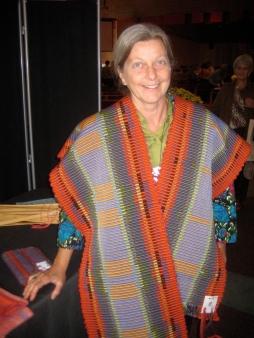 After being awarded Most Interesting Handwoven Piece at the 2010 Five Counties competition, a Guild member wears her winning table runner. 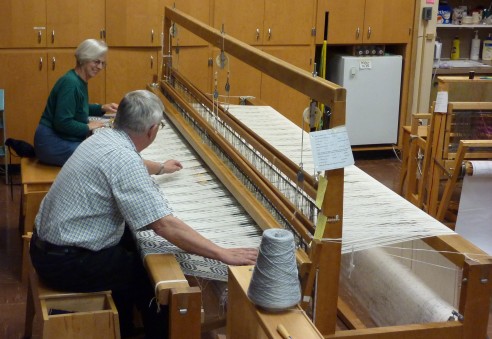 Members weave a coverlet together on the 120 inch loom at the Guild studio. 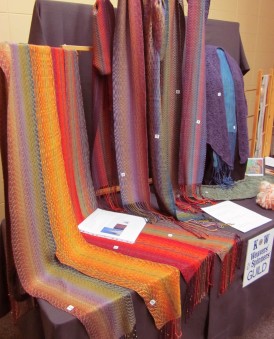 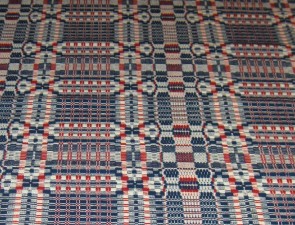 In 2008, the Guild designed and wove this intricate coverlet to commemorate the City of Waterloo’s 150th anniversary. See it on display at RIM Park. 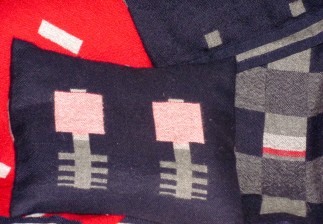 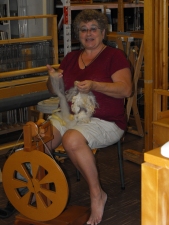 At the Guild’s monthly Spin & Chat, a spinner shows off her inventory of fleece.

In the 2012 Sheep to Shawl competition at Joseph Schneider Haus, a team of five spun from fleece, wove, and finished this winning shawl in four hours.

These hand-knitted items include yarn that is handspun from the spinner’s alpacas. 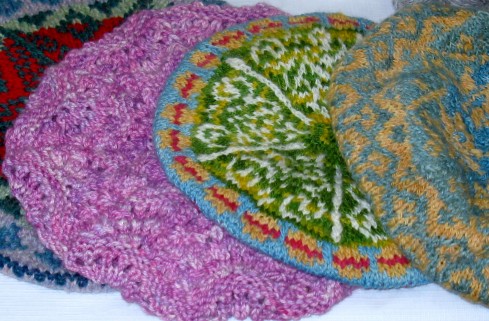 Some of these handspun and hand-knitted tams are made using natural dyes such as indigo and onion skins. 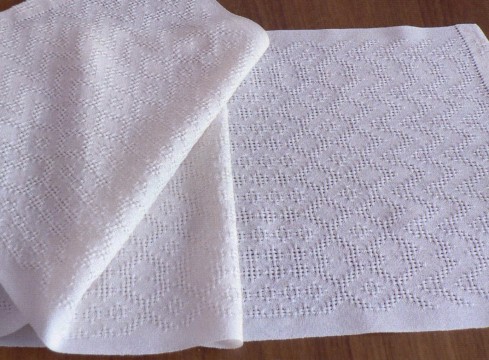 This huck lace table runner won the Five Counties’ Weaving for the Home Award in 2008. 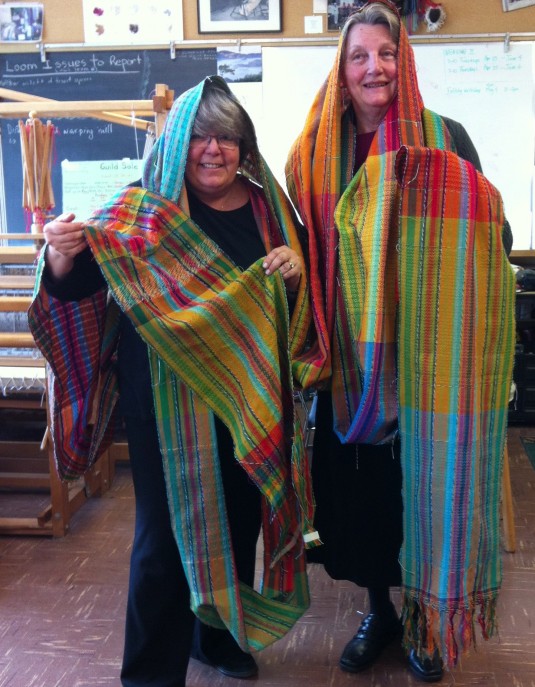 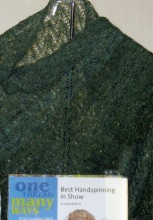 This handspun knitted shawl won an award at Five Counties in 2013. 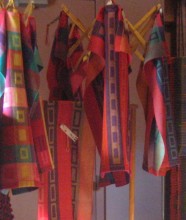 The Guild includes handwoven tea towels as part of its display at Five Counties. 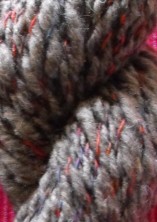 This handspun wool is plied with a variegated fine yarn. 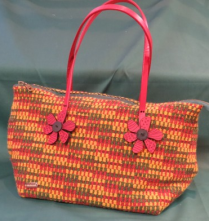 This wool bag is woven in polychrome crackle. 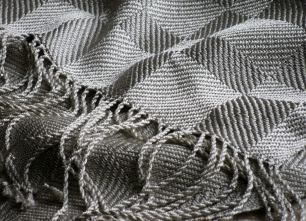 This silk shawl is woven in twill blocks. 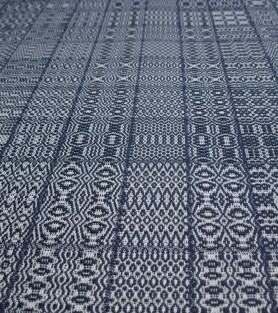 This gamp shows some of the many variations of twill. 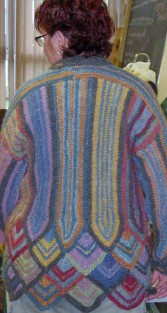 This knitted sweater uses handspun and hand-dyed wool made with all-natural dyes. 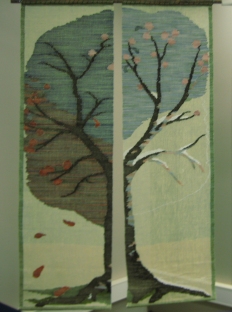 In 2013, this woven screen of a Four Season Tree won an award at the Ontario Handweavers & Spinners’ juried show. 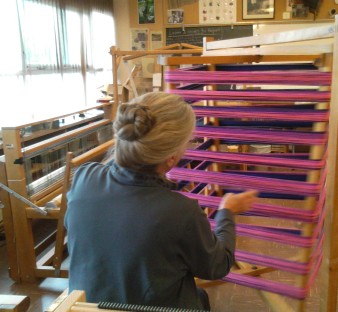 A weaver makes a warp in the Guild studio.
Loading Comments...